The Jetpack team have released a jetpack critical security update to fix a security vulnerability in the Jetpack WordPress plugin. The vulnerability allows an attacker to bypass the site’s access control and publish posts on the site. It has been established that all versions of JetPack since October, 2012 (Jetpack 1.9) are vulnerable, and all users should update to version 2.9.3 ASAP.

Jetpack is a very popular plugin for WordPress with almost 10 million downloads, and we recommend it to all our design clients as do many other designers, so the impact of such vulnerability can be huge if users do not update immediately.

Jetpack released a statement which reads:

During an internal security audit, we found a bug that allows an attacker to bypass a site’s access controls and publish posts. This vulnerability could be combined with other attacks to escalate access. This bug has existed since Jetpack 1.9, released in October 2012.

Fortunately, we have no evidence of this being used in the wild. However, now that this update is public, it’s just a matter of time before exploits occur. To avoid a breach, you should update your site as soon as possible. (The vulnerability has been disclosed on the MITRE Common Vulnerabilities and Exposures system as CVE-2014-0173.)

This is a bad bug, and Jetpack is one of the most widely used plugins in the WordPress world. We have been working closely with the WordPress security team, which has pushed updates to every version of the plugin since 1.9 through core’s auto-update system. We have also coordinated with a number of hosts and network providers to install network-wide blocks to mitigate the impact of this vulnerability, but the only sure fix is updating the plugin.

Please make sure your Jetpack plugin is updated immediately to prevent any damage or your website being targeted. Any questions surrounding this vulnerability please contact your developer or you may contact us.

Please leave us a comment, we love feedback and healthy discussions! Cancel reply 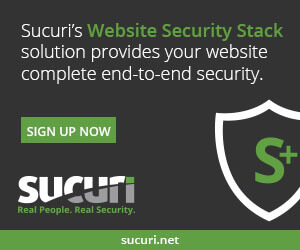